One of the iconic names in Independent League baseball Nick Belmonte has been signing players to pro contracts since 1990. Over that time he’s signed over 1700 players, with that count rising every year. Over 110 of the players he has been involved signing have gone on to play affiliated baseball. Nick has had 18 of his players make Baseball America’s Top Indy Prospect List in the last 7 years(2009-2016) alone. Nick had over 100 of his players make the Indy All Star Games.

The Florida Minor League Camp is designed to give the players an affiliated Spring Training feel. The design is to give the “best” instruction to go along with great exposure to both MLB and Indy teams.  Players learn, improve their game, get scouted, and work to parlay that into a pro contract on site.

Nick started Indy Pro Showcase in 2006 where he scours the country looking for the best college seniors, released players, and free agents available. This has produced many Indy All Stars and players who have eventually signed MLB contracts as a result. Through the years Nick has built a stable of contacts through player agents and college coaches that is unmatched in the business.

As a college player Nick set the SEC stolen base record at the University of Florida and still holds the school’s single season mark. As a professional player in the Brewer and Expos organizations one of Nick’s achievements was stealing 52 bases in 70 games for Boise in the Northwest League where he was named as a league post season All Star. His passion for teaching base running is unmatched and he is one of the best base stealing instructors in the game today giving seminars throughout the country every year. Below is a graphic shown on ESPN2 during the 2019 NCAA Starkville Regional. 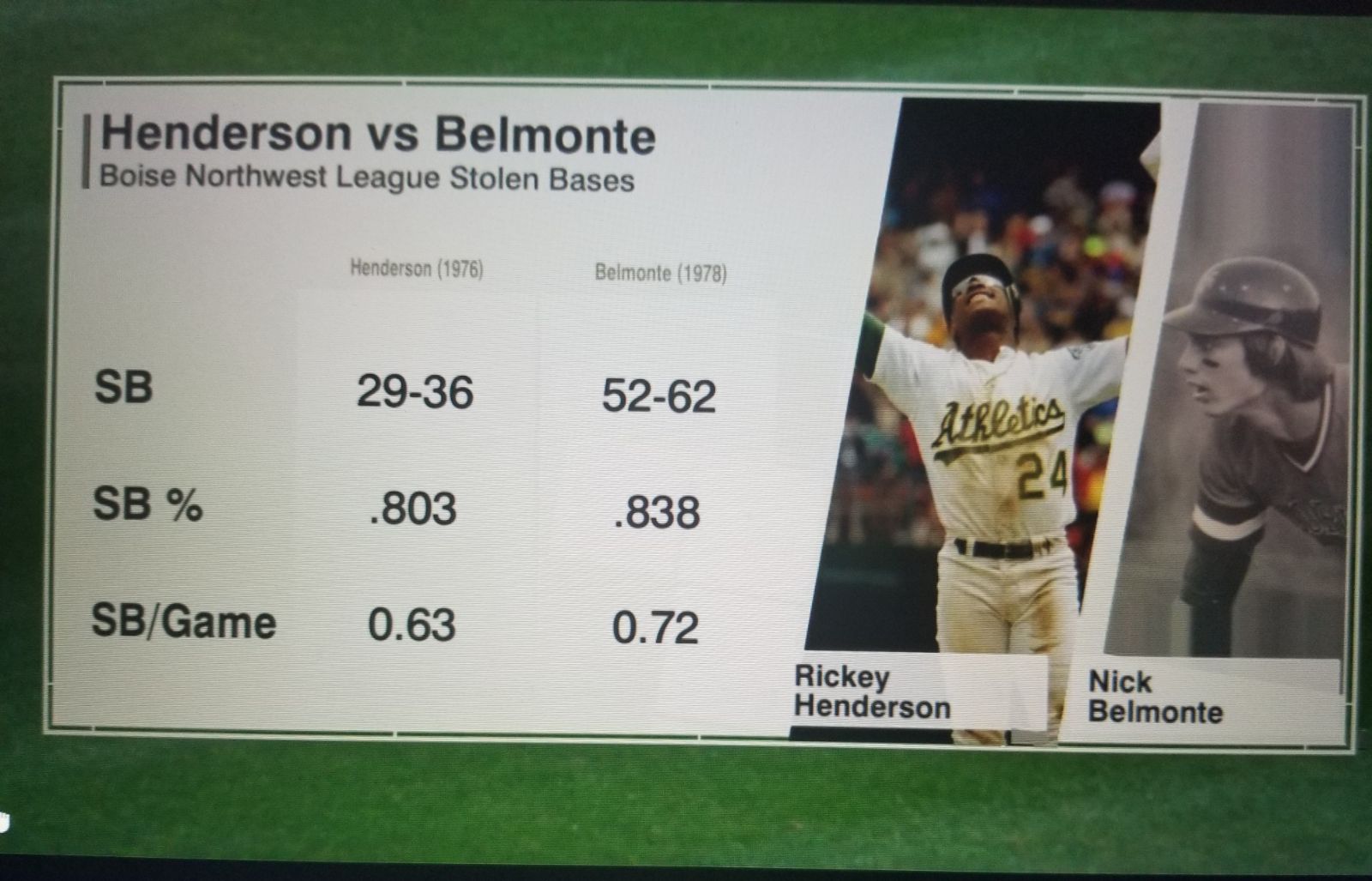 As a minor league manager for 3 years of the Salt Lake Trappers, Nick had the best winning percentage of any manager in professional baseball during that time including pro baseball’s only .700 winning percentage in 1991 which ended in the Pioneer League Championship beating the Great Falls Dodgers managed by former Major League manager Glenn Hoffman. Nick and his team were honored last summer by the Salt Lake Bees organization as they brought back the Trappers to take a bow on the anniversary of the Trappers winning the title. The last title won in Salt Lake City to this day.

In 1993 Miles Wolf, the father of Indy Baseball, sought Nick out to put together the players for the first all independent league, the Northern League. In the first year alone Nick was instrumental in the signings of shortstop Rey Ordonez, 3b Kevin Millar, and lhp Eddie Orepesa. All 3 making it to the Major Leagues. After eight years as the player personnel director of the Northern League, Nick started Independent League Consulting where he works for various independent leagues and teams as the player personnel director winning 8 Independent League Championships, including this year’s Ottawa Champions ballclub which just won the 2016 Can Am League title in only their second year in existence. Other titles won include the ’08 Can am Champs Sussex and ’09 American Association Champs Lincoln and dozens making it to their league playoffs. In ten years(2002-2011) with Lincoln, his teams have averaged being ten games “over” .500. In 2015 Nick was Player Personnel consultant to the Normal Cornbelters which made their first post season appearance in franchise history winning 61 games, also a franchise record.

The World Champion Chicago Cubs hired Nick in 2016 to handle scouting of the Independent Leagues. He will be handling the assignment again in 2017.
Many people know Nick from his broadcasting career as the current and longtime television color analyst for college baseball working for ESPN and Fox Sports.

“In terms of improving your 5 tools and knowledge of the game as a player, there is no better environment to do so than the Florida Minor League Camp. As an outfielder, my defense, arm strength, base stealing, base running, noticely improved immediately due to the techniques and experiences from Nick Belmonte. The knowledge that each and every instructor provides on a daily basis, is priceless.”,,, Reese Alexiades Pioneer League star outfielder 2022 Ogden Raptors

“Had a blast at the Florida Minor League Camp. Thank you for keeping us motivated(the non drafted and released guys) and showing us there’s still hope in our careers. We learned a lot and it is much appreciated” , Juan Texiera star outfielder of the 2022 Boise Hawks.

“It was an absolute awesome experience. I learned so much about the game and what separates being good from great. The camp was amazing and I recommend it to anyone who was in my situation of not be drafted out of college”, Pioneer League star infielder Kevin Higgins of the 2022 Northern Colorado Owlz.